Chiral imprinted mesoporous platinum was electrochemically synthesized in the presence of mandelic acid and Brij 56 surfactant as chiral and mesoporous templates, respectively. The chiral cavity obtained by using mandelic acid as template can be used to distinguish between enantiomers of other chiral molecules in which the stereocentre has a correlated configuration with respect to the imprinted one. This recognition versatility was tested for the discrimination of DOPA enantiomers. Mesoporous platinum electrodes imprinted with (R)-mandelic acid preferentially react with L-DOPA and vice versa for the (S)-mandelic acid imprinted one, which is more reactive for D-DOPA. 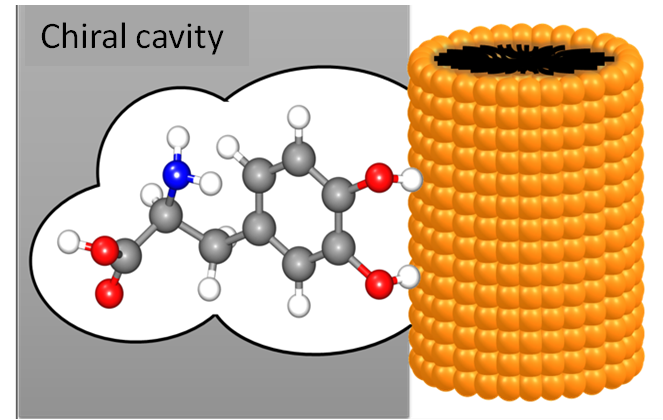 A. Srinivasan, J. Roche, V. Ravaine and A. KuhnSoft Matter, 2015, 11, 3958-3962 In the present work, we introduce a new approach for the synthesis of asymmetric particles made from electrically...
Shearforce Positioning of Nanoprobe Electrode Arrays for Scanning Electrochemical Microscopy Experiments
12 May 2015