Cold atmospheric pressure plasmas (CAPPs) are known to have bactericidal effects but the mechanism of their interaction with microorganisms remains poorly understood. In this study the bacteria Escherichia coli were used as a model and were exposed to CAPPs. Different gas compositions, helium with or without adjunctions of nitrogen or oxygen, were used. Our results indicated that CAPP induced bacterial death at decontamination levels depend on the duration, post-treatment storage and the gas mixture composition used for the treatment. The plasma containing O2 in the feeding gas was the most aggressive and showed faster bactericidal effects. Structural modifications of treated bacteria were observed, especially significant was membrane leakage and morphological changes. Oxidative stress caused by plasma treatment led to significant damage of E. coli. Biochemical analyses of bacterial macromolecules indicated massive intracellular protein oxidation. However, reactive oxygen and nitrogen species (RONS) are not the only actors involved in E. coli's death, electrical field and charged particles could play a significant role especially for He-O2 CAPP. 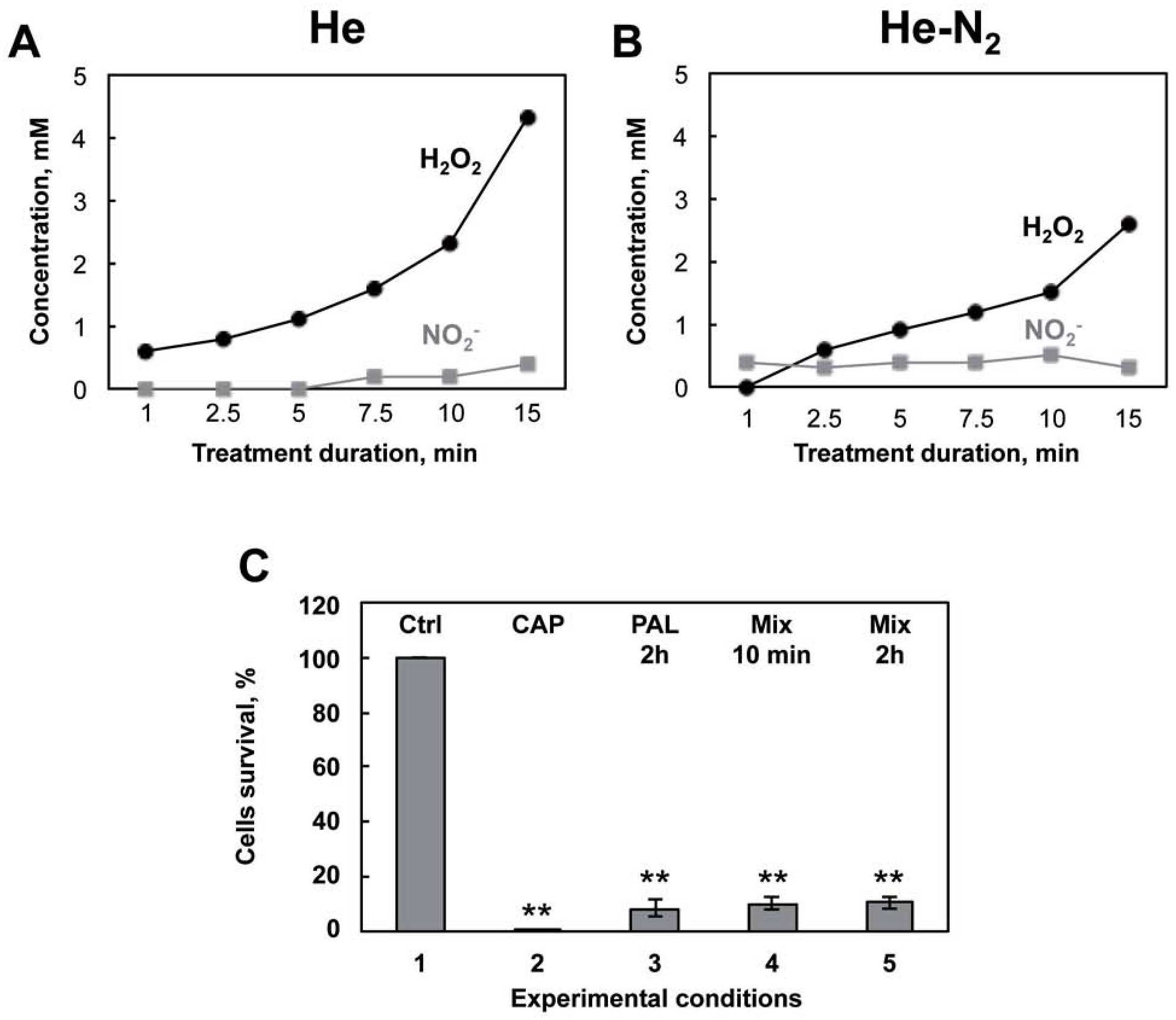