Bipolar electrochemistry (BPE) is widely used to trigger electrochemical reactions on conducting objects without direct electrical wiring. In this study a novel methodology is reported, which for the first allows simultaneous deposition of two different organic films at each end of a glassy carbon substrate (1 x 1 cm2). The approach is based on the use of an organic bifunctional molecule, which may be oxidatively and reductively electrografted at he same time. The reduction process goes through the diazonium group, while the oxidation proceeds via the primary amine. The double functinoalized plates are investigated by ellipsometry, cyclic voltammetry, condensation imaging, x-ray photoelectron spectroscopy, and time-of-flight secondary ion mass spectrometry. Post-modification of one of the anchoring layers illustrates the versatility of the system, pointing to its potential use in fields going from molecular electronics to targeted drug delivery. 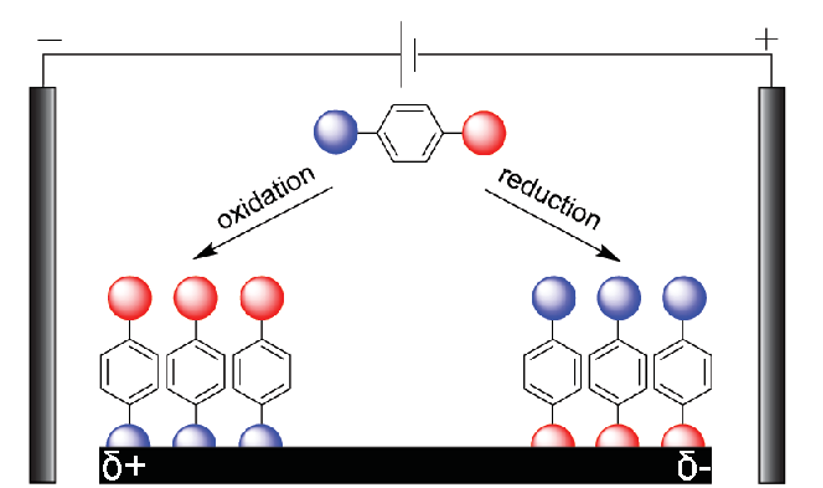