A linear array of aluminum discs is deposited between the driving electrodes of an extremely large planar polymer light-emitting electrochemical cell (PLEC). The planar PLEC is then operated at a constant bias voltage of 100 V. This promotes in situ electrochemical doping of the luminescent polymer from both the driving electrodes and the
aluminum discs. These aluminum discs function as discrete bipolar electrodes (BPEs) that can drive redox reactions at their extremities. Time-lapse fluorescence imaging reveals that p- and n-doping that originated from neighboring BPEs can interact to form multiple light-emitting p−n junctions in series. This provides direct evidence of the working principle of bulk homojunction PLECs. The propagation of p-doping is faster from the BPEs than from the positive driving electrode due to electric field enhancement at the extremities of BPEs. The effect of field enhancement and the fact that the doping fronts only need to travel the distance between the neighboring BPEs to form a light-emitting junction greatly reduce the response time for electroluminescence in the region containing the BPE array. The near simultaneous formation of multiple light-emitting p−n junctions in series causes a measurable increase in cell current. This indicates that the region containing a BPE is much more conductive than the rest of the planar cell despite the latter’s greater width. The p- and n-doping originating from the BPEs is initially highly confined. Significant expansion and divergence of doping occurred when the region containing the BPE array became more conductive. The shape and direction of expanded doping strongly suggest that the multiple light-emitting p−n junctions, formed between and connected by the array of metal BPEs, have functioned as a single rod-shaped BPE. This represents a new type of BPE that is formed in situ and as a combination of metal, doped polymers, and forward-biased p−n junctions connected in series. 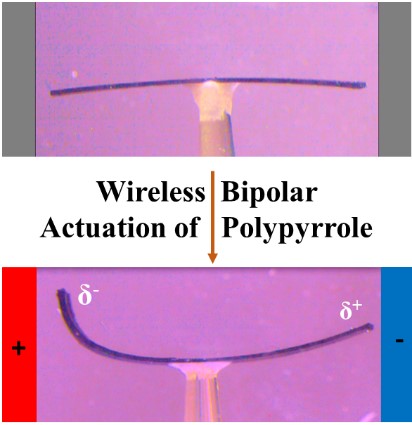 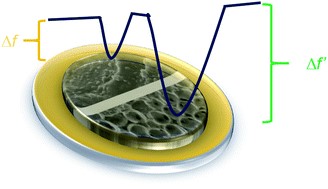 A multi-scale model of diffusion/reaction at play in a porous electrode is developed and solutions to the physico-electro-chemical coupled problem are provided. This represents a key step to progress in the optimization of new efficient and innovative micro-electro-devices that needs to be addressed from a chemical engineering point of view. The pore-scale model based on Fickian diffusion in the porous medium and Nernstian layer and the electrochemical reaction governed by the Buttler-Volmer equation is upscaled using volume averaging to obtain a macroscopic model that describes the process on an effective equivalent medium. The validity and accuracy of the macroscopic model is successfully checked through the comparison with direct numerical simulations of the initial microscale model for amperometry tests. Predictions obtained from the upscaled model on the current intensity versus the scanning potential during voltammetry reveal to be in very good agreement with experimental results reported in the literature. These results show the capability of the macroscopic model to analyze the behavior of the porous electrode. In particular, it provides an efficient tool to study the dependence of the current intensity on the microstructure of the porous material and on the electrochemical parameters with the perspective of optimizing the electrode efficiency. 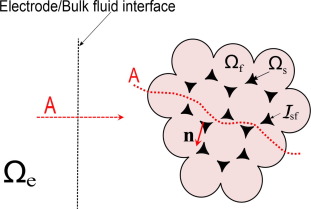 Self-propelled micro/nanoswimmers performing directional motion are of great potential nowadays in the frame of nanotechnology. The general methods for breaking the symmetry in such systems, which is the essential condition for inducing motion, are template-based, leading to asymmetric objects. In the present work, a new concept using the principles of indirect bipolar electrochemistry is proposed for the design of asymmetric metal/polymer objects. Zinc has been selected as a metal as it allows the subsequent generation of hydrogen gas bubbles when exposed to acidic aqueous solutions. The asymmetric deposition of a polymer shell on the metal leads to propulsion of the particles in a controlled direction. 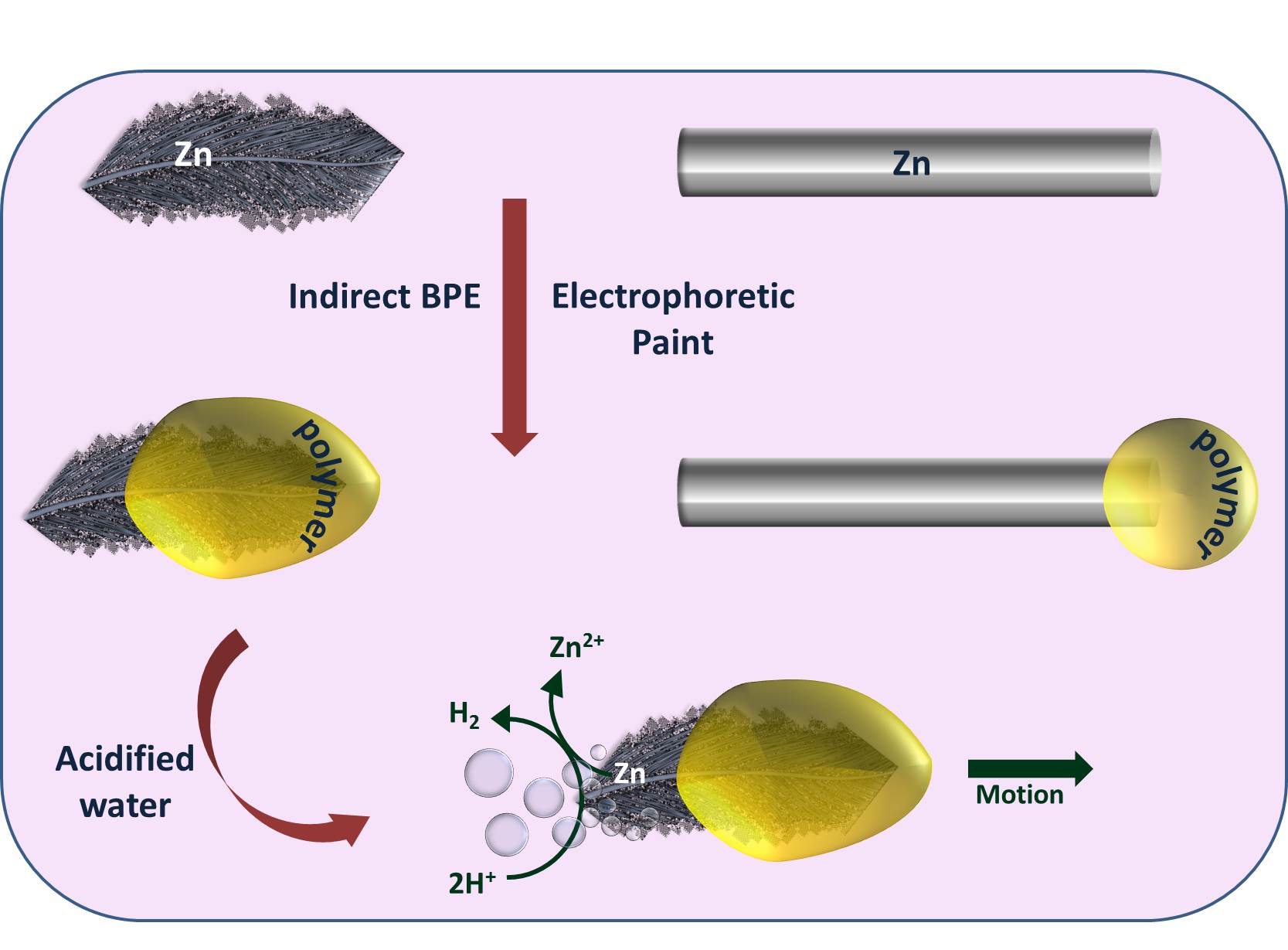