Efficient monitoring of chiral information of bioactive compounds has gained considerable attention, due to their involvement in different biochemical processes. In this work, we propose a novel dynamic system for the easy and straightforward recognition of chiral redox active molecules and its possible use for the efficient measurement of enantiomeric excess in solution. The approach is based on the synergy between the localized enantioselective oxidation of only one of the two antipodes of a chiral molecule and the produced charge-compensating asymmetric proton flux along a bipolar electrode. The resulting clockwise or anticlockwise rotation is triggered only when the probe with the right chirality is present in solution. The angle of rotation shows a linear correlation with the analyte concentration, enabling the quantification of enantiomeric ratios in mixtures where the two antipodes are present in solution. This device was successfully used to simultaneously measure different ratios of the enantiomers of 3,4-dihydroxyphenylalanine and tryptophan. The versatility of the proposed approach opens up the possibility to use such a dynamic system as a straightforward (bio)analytical tool for the qualitative and quantitative discrimination of different redox-active chiral probes. 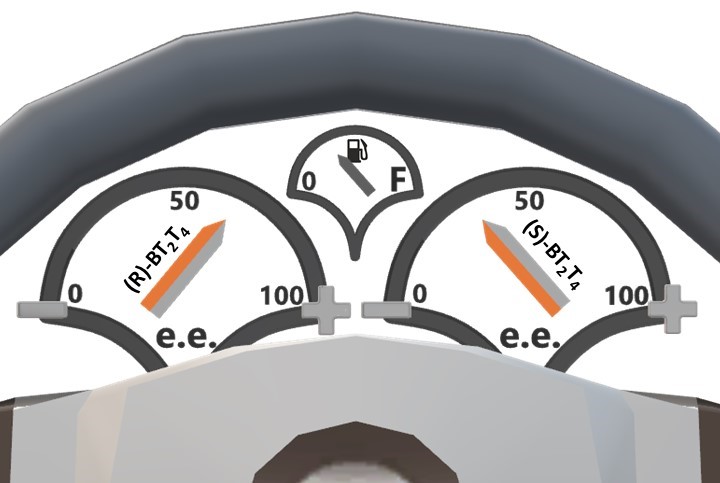 Optical fibers have opened avenues for remote imaging, bioanalyses and recently optogenetics. Besides, miniaturized electrochemical sensors have offered new opportunities in sensing directly redox neurotransmitters. The combination of both optical and electrochemical approaches was usually performed on the platform of microscopes or within microsystems. In this work, we developed optoelectrodes which features merge the advantages of both optical fibers and microelectrodes. Optical fiber bundles were modified at one of their extremity by a transparent ITO deposit. The electrochemical responses of these ITO-modified bundles were characterized for the detection of dopamine, epinephrine and norepinephrine. The analytical performances of the optoelectrodes were equivalent to the ones reported for carbon microelectrodes. The remote imaging of model neurosecretory PC12 cells by optoelectrodes was performed upon cell-staining with common fluorescent dyes: acridine orange and calcein-AM. An optoelectrode placed by micromanipulation at a few micrometers-distance from the cells offered remote images with single cell resolution. Finally, in situ electrochemical sensing was demonstrated by additions of K+-secretagogue solutions near PC12 cells under observation, leading to exocytotic events detected as amperometric spikes at the ITO surface. Such dual sensors should pave the way for in vivo remote imaging, optogenetic stimulation, and simultaneous detection of neurosecretory activities. 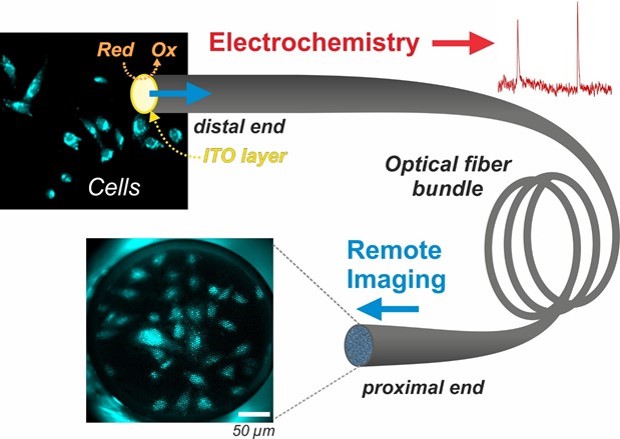 Current Opinion in Electrochemistry, in press

Electrochemiluminescence (ECL) is a light-emitting phenomenon triggered by electrochemistry. The resulting optical signal enables spatiotemporal resolution of the luminescent signal that can be imaged with high accuracy. The field of ECL is evolving rapidly from an analytical method widely applied in biosensing to a novel microscopy technique. The efficient generation of ECL depends on the electrode materials, the luminophore/coreactant systems, and experimental configurations, focusing research on improving these parameters. Nowadays, ECL enables the analysis of transient events and micro/nanometric objects, surface boundaries, interfaces and physical phenomena, as well as catalytic and biological processes. Since ECL microscopy offers many novel applications, this article will describe first the context and then the most recent advances in ECL imaging of single objects and living cells or subcellular structures. 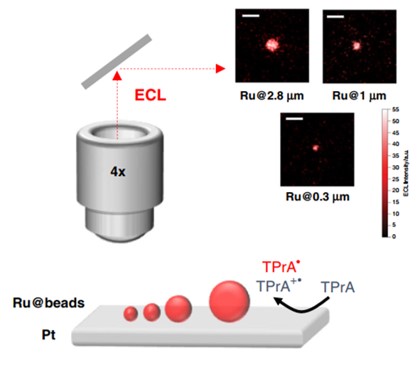 Chirality governs many chemical and biological processes, since most active substances are chiral. Enantiomers are mirror images of the same molecule that can exhibit significant differences in terms of biochemical activity, toxicity and transport mechanisms in the human body. Thus, developing effective methods to achieve chiral recognition is of great significance and has been a hot topic in chemo/biological studies. In recent years, electrochemical methods have received considerable attention in this field since they can offer several advantages over chromatographic or spectroscopic methods. In this review, a comprehensive and critical description of the trends in electrochemical chiral recognition over the last five years is presented. In addition, some unconventional electrochemical methods for the transduction of chirality at different length scales are described and discussed. 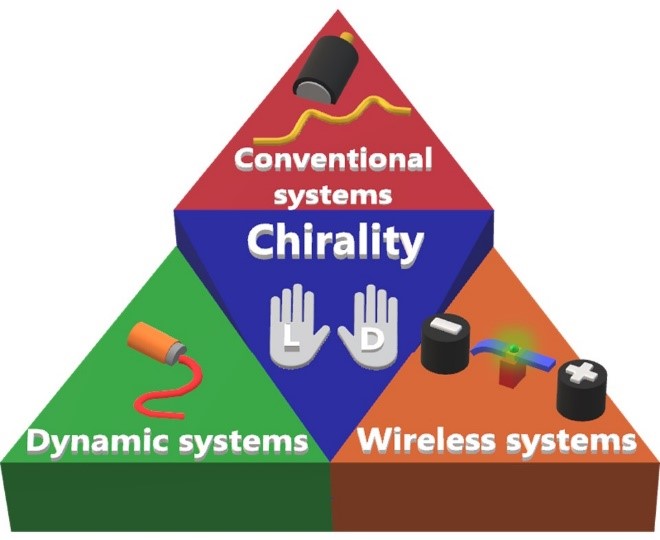 We present an original stereolithography strategy based on multibranched Ru-complexes with a high two-photon initiating ability allowing the ‘one-pot’ direct laser writing of ECL-active materials deposited onto electro-active surfaces at µm scale. 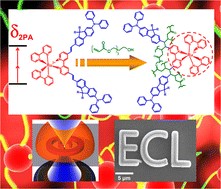