C. Wattanakit and A. Kuhn

The development of chiral electrodes plays an important role in various areas, including chemical science, materials engineering, analytical chemistry, pharmaceutics, cosmetics, and catalysis. Over the past decades, various approaches have been used to design chiral electrodes, such as the adsorption of chiral/achiral molecules on metal electrode surfaces, binding of chiral ligands to metal surfaces, cutting a bulk metal to break the symmetric metal structure, and molecular imprinting. In this chapter, we discuss recent progress related to the development of such chiral metal electrodes by following these different strategies. In addition, their potential applications with respect to enantioselective analysis, asymmetric synthesis, and chiral separation will be discussed. This chapter will also illustrate perspectives for the fabrication and use of chiral metal electrodes in the frame of chiral technologies. 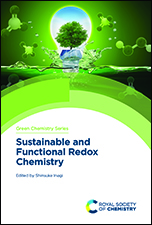